Shipment from Copenhagen to Pennsylvania

In 2004 we packed and shipped a white porcelain vase from Danish ceramist Jane Reumert, to a client in Pennsylvania, USA.

The vase was extremely fragile, with hundreds of small, thin strings of porcelain coming from the surface. It was impossible to hold the vase in your hands without the strings breaking, and the porcelain itself was so thin that light would whine through.
The only way to lift the vase was to hold it from the inside.

Across the Atlantic in a box full of sand

This was of course quite a challenge, seeing as we needed to ship it 4000 miles across the Atlantic in one piece.

We would have to custom build a wooden crate to hold the vase, but how would we fixate the vase inside the crate, without it breaking?

What we came up with, was to line the crate with plastic and then place the vase on a stand inside the crate.
We then filled the crate, as well as the vase, with very fine-grained sand.
That way the pressure was being distributed across the whole vase, instead of a single point, and the vase would be unable to move during the transport.

The sand of course added to the weight of the crate, but it also secured a rare and interesting piece of artwork. 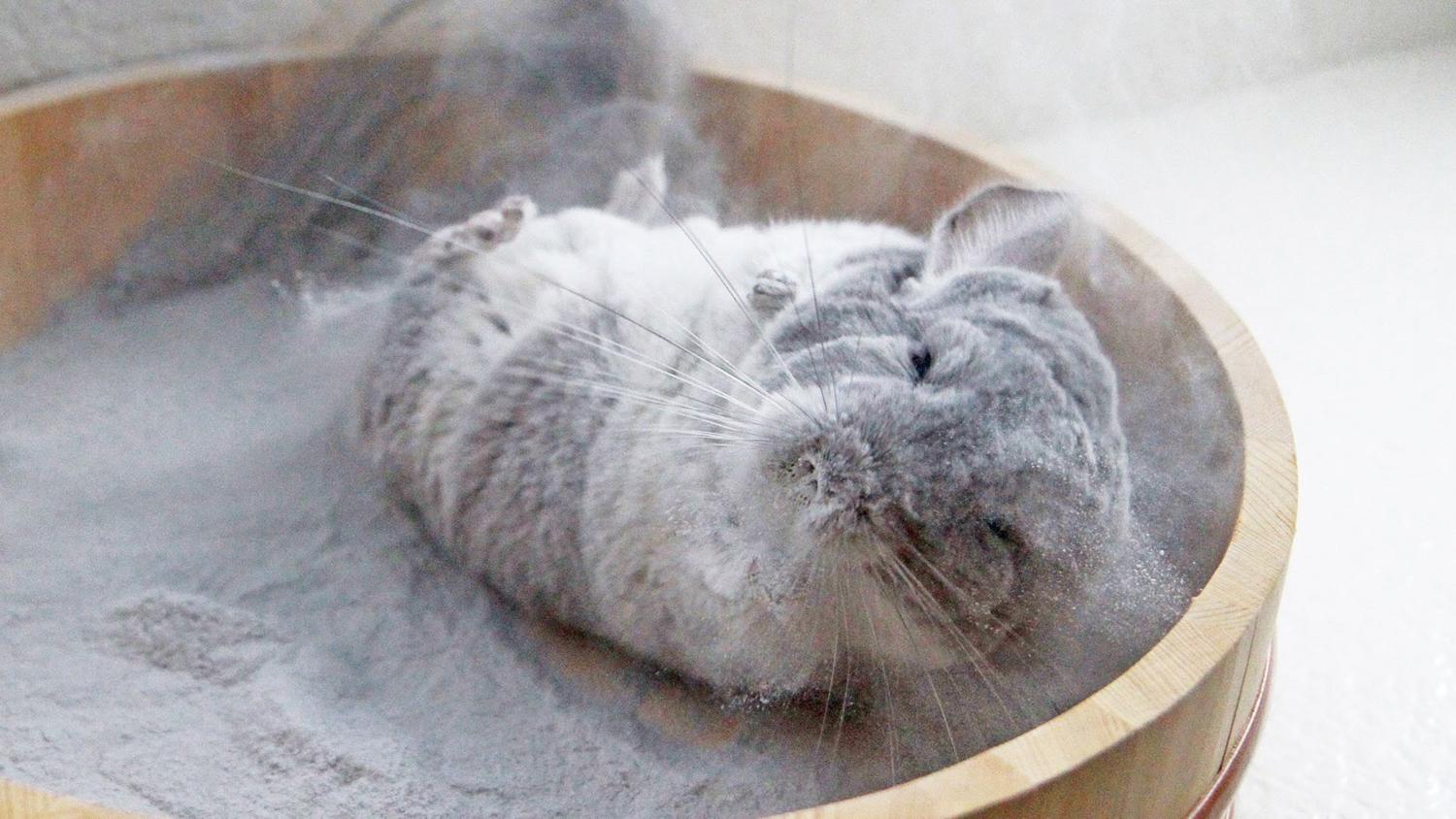 The sand we used for the crate is the same kind of sand used for your pet chinchilla. It is extremely fine-grained and completely free from bacteria.

A great story with a very happy ending. JH Transport is the best.

I am a collector of Scandinavian art and have had the help of JH Transport in Copenhagen for over 20 years. They have provided excellent personalized service.

In 2004 I purchased a beautiful “White Bird’s Nest Bowl” from Jane Reumert when I was visiting her shop. It is very thin porcelain with fine wisps of white porcelain that flow from the surface. It is so fragile that it is translucent.

After I purchased it I couldn’t figure out a way to have it transported home to Pennsylvania. I had many ideas but none of them seemed satisfactory to JH Transport.
After many discussions with Johnny Hansen, he reassured me that he could get it to me in one piece.

It arrived in a small wooden box. When I opened the box it was covered in sand on the inside and outside. It was the same principle of squeezing an egg in a fist. With equal forces the egg doesn’t break.
My wife and I used plastic scoops for measuring coffee. She would take one scoop on the outside of the bowl and I would take a scoop from the inside. This way the forces were equally distributed. It was like an archaeological dig.
In the end only three tiny wisps had broken off in its transatlantic voyage. I blew off the extra bits of sand, placed it in our display hutch and it hasn’t moved since.

A great story with a very happy ending. JH Transport is the best.

By the way I am on two museum boards and I do understand the difficulties of art transport on many levels. 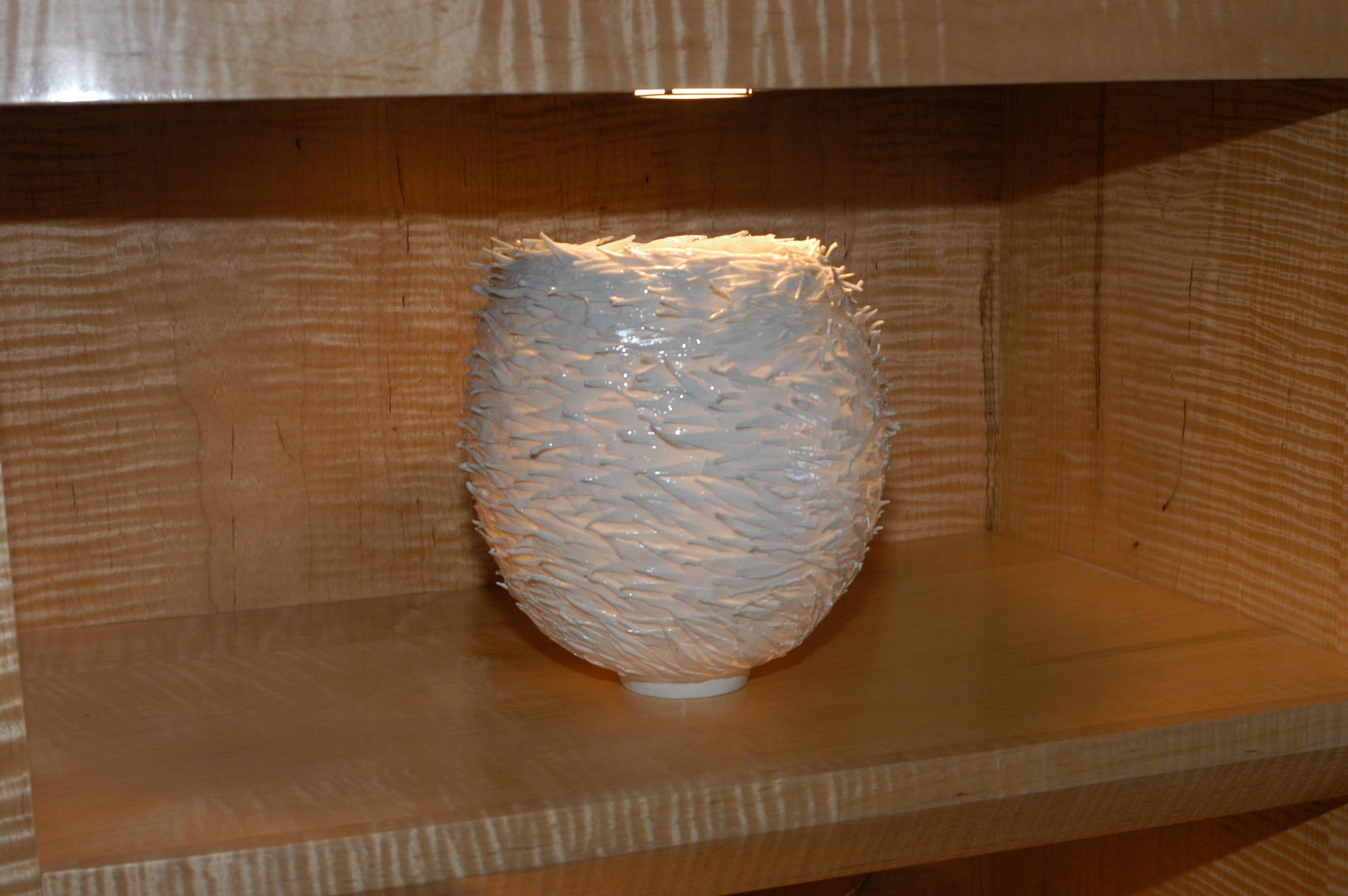 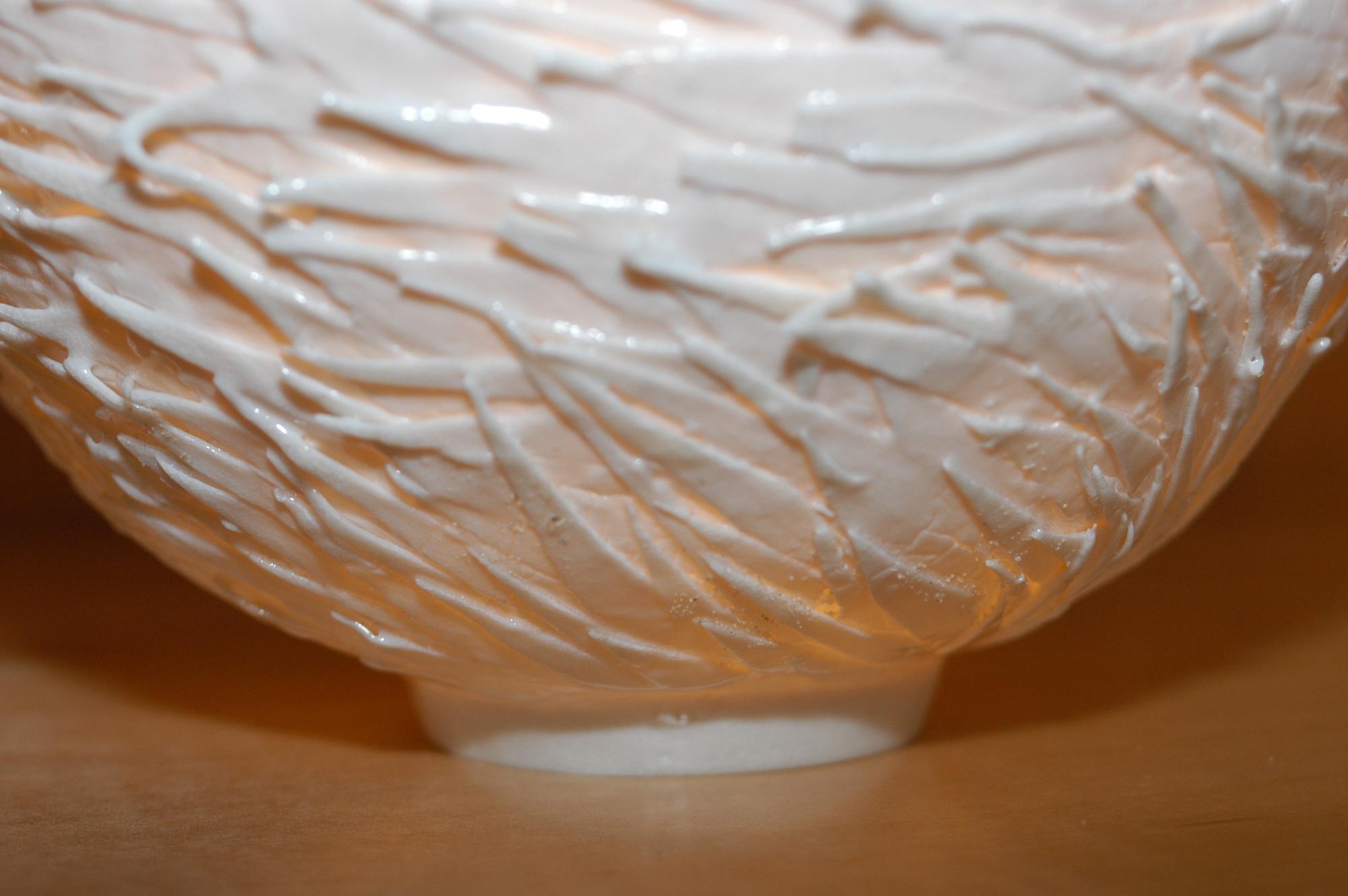 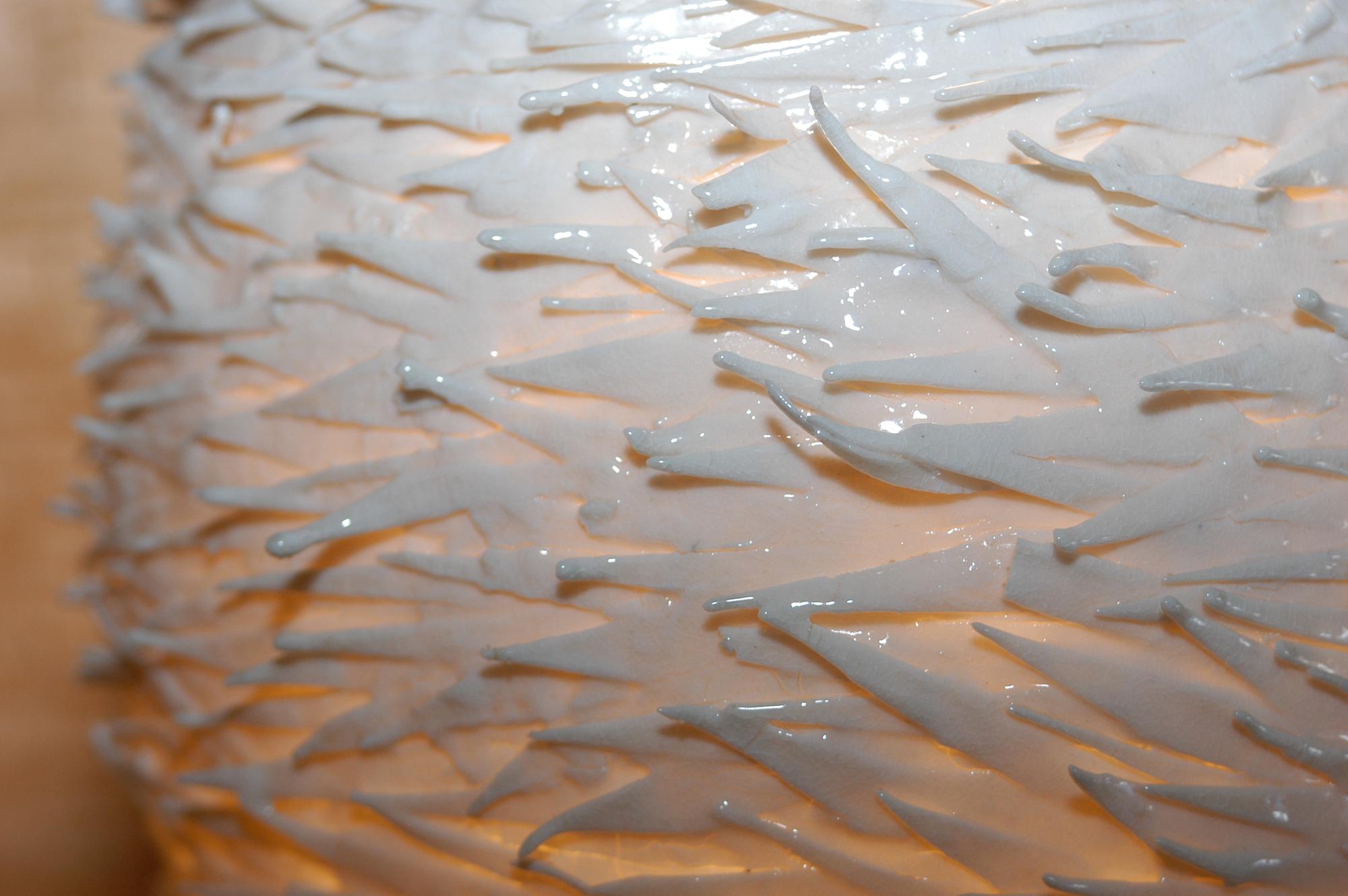 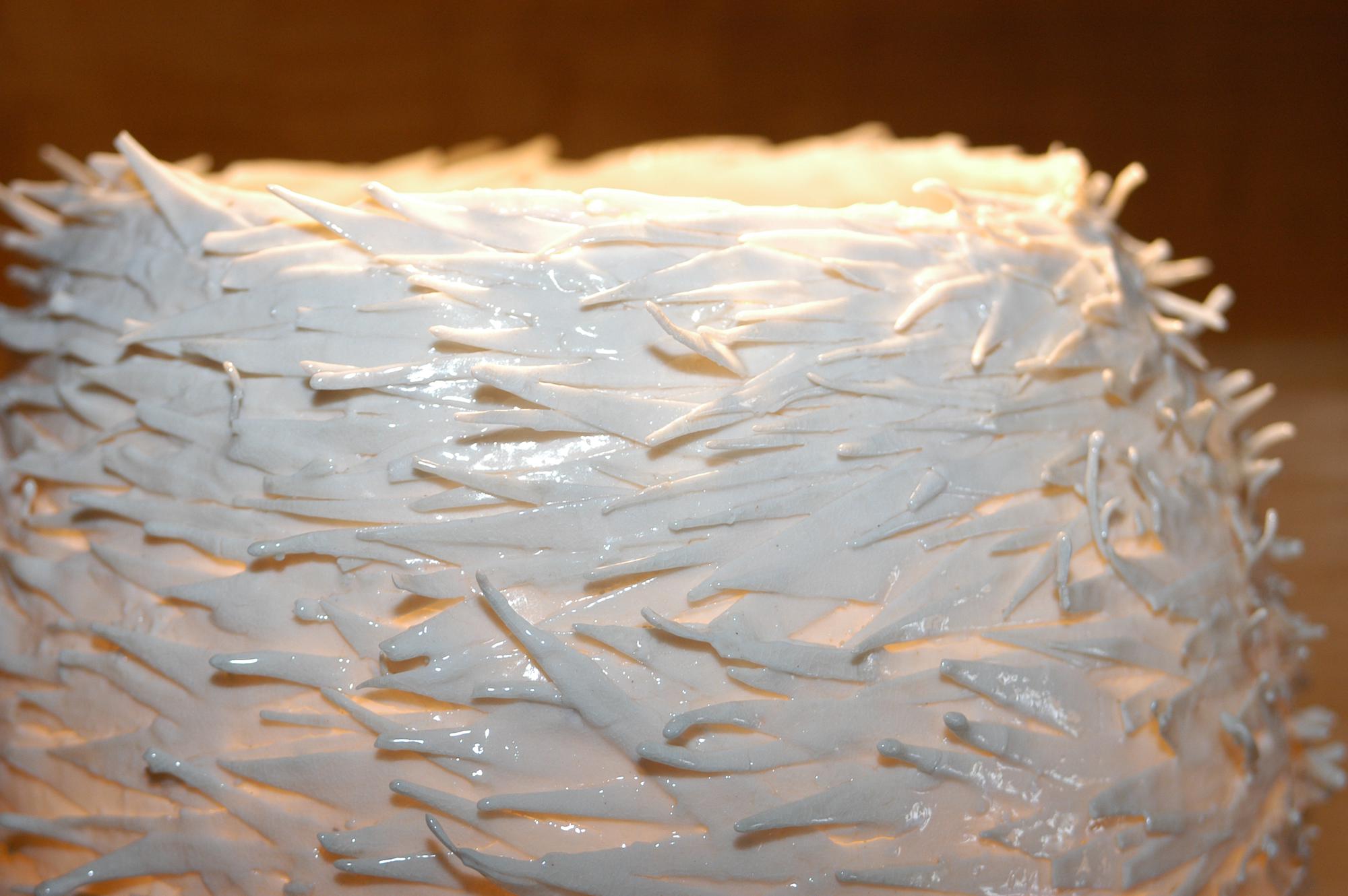 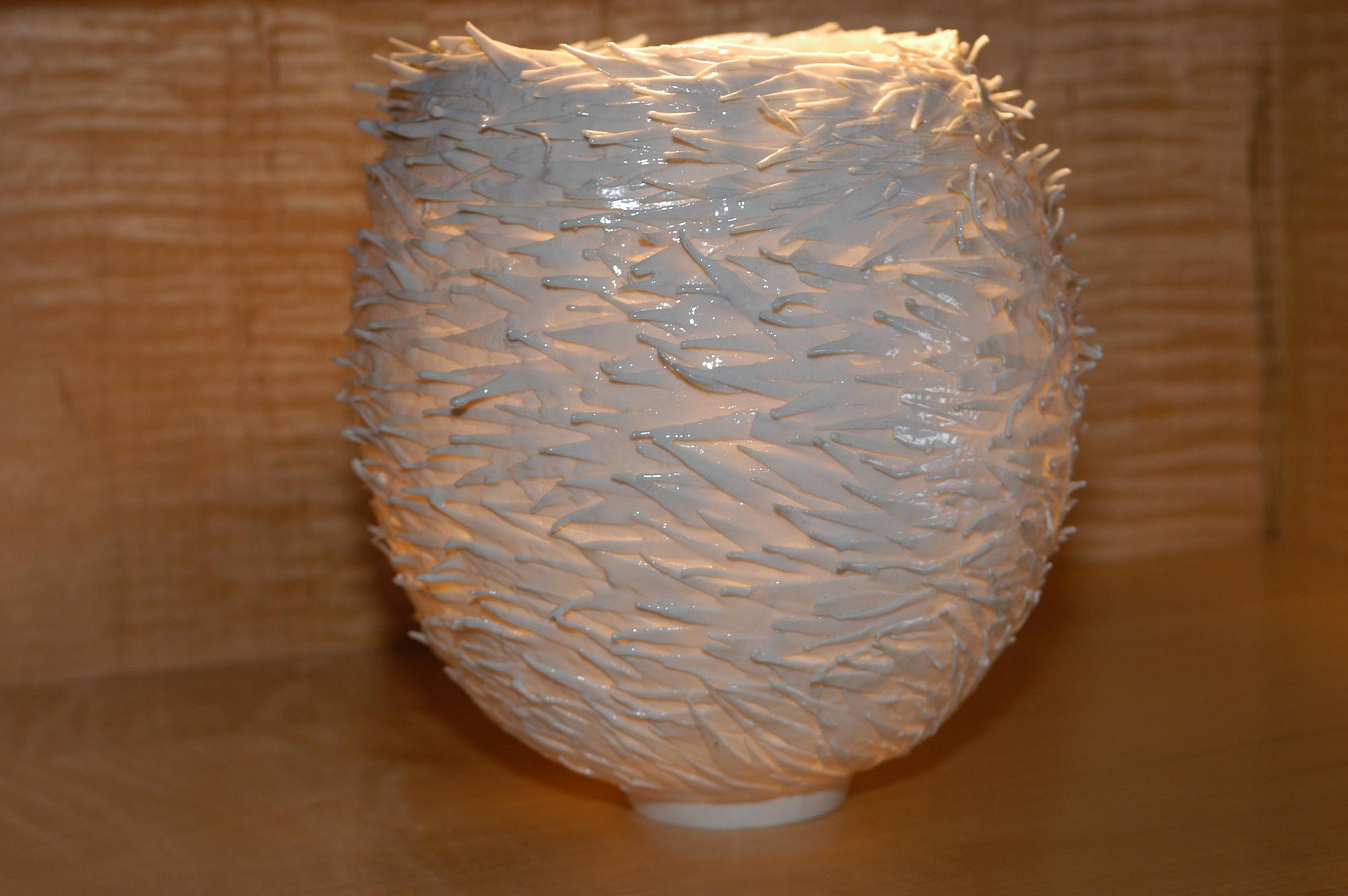 The vase “Bird’s Nest” is designed and produced by danish artist and ceramist Jane Reumert.
Much of the work by Reumert, who has worked with ceramics since the 1960s, is inspired by nature and especially birds.

During the 1980s she began working with porcelain, and in the early 1990s Reumert experimented with adding fiberglass to her clay thus allowing even thinner forms.

In 1994, Jane Reumert was the first to be awarded the Torsten and Wanja Soderberg Nordic Design Prize.
Administered by The Röhsska Museum in Gothenburg, it is an award intended to support design and the decorative arts in the Nordic region.